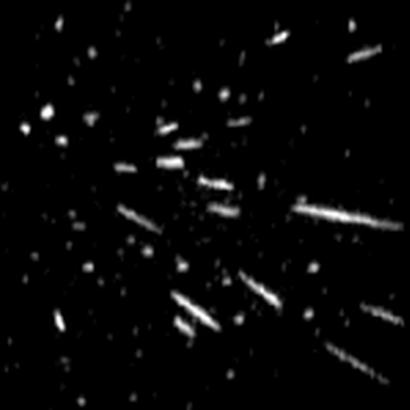 Quadrantids Meteor Showers have some mystery. Most meteor showers are caused by comets. When a comet passes close to the sun, bits of dust and ice boil away from its nucleus and form a stream of tiny particles, called meteoroids, that orbit the sun. A meteor shower results when Earth passes through the debris stream.

Quadrantids Meteor Showers are formed in the same way. But when astronomers compare the orbits of Quadrantid meteoroids with the orbits of all known comets and asteroids, they can't find a match. The source of the Quadrantid is unknown.

Quadrantid meteroids are in a highly elliptical orbit tilted about 70 degrees from the plane of the solar system. Some astronomers have speculated that the parent comet was captured or disrupted by Jupiter's gravity thousands of years ago, and that the Quadrantid meteoroids are the leftovers from that ancient celestial collision.

Other scientists argue that the source of the Quadrantids could be an existing comet or asteroid that has yet to be discovered. If this is true, then we might expect to see outbursts of Quadrantid meteors during years when the parent comet is nearby, just as the well-known Leonid meteors are especially intense around the time that their parent comet, Tempel-Tuttle, passes close to Earth.