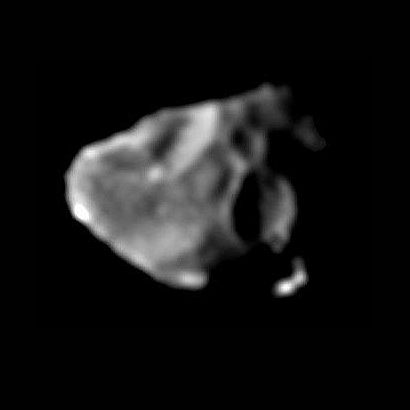 Amalthea. Jupiter Moons. Amalthea is one of Jupiter's smaller moons. It was named after the nymph who nursed the infant Jupiter with goats milk. It was discovered in 1892 by the American astronomer Edward Emerson Barnard.