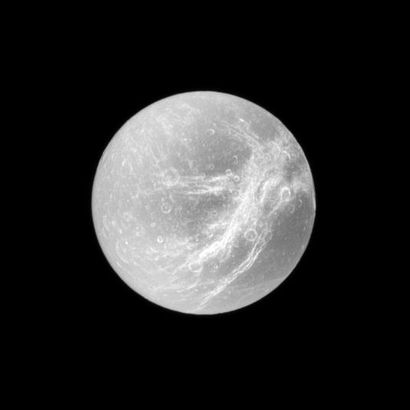 Dione is a moon of Saturn that was discovered in 1684 by G. D. Cassini. Like the swirls of marble, the wispy terrain of Saturn's moon is a complex system of braided canyons with bright walls. This view looks toward the area between the trailing hemisphere and Saturn-facing side of Dione, which is 698 miles across. So far, 62 moons have been discovered in orbits around Saturn, and 53 of them have been officially named.