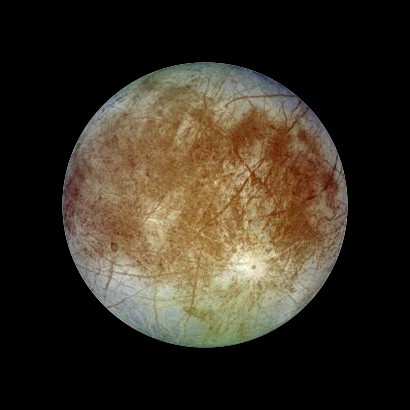 Europa. Jupiter Moons. As the closest of the three to giant Jupiter, Europa has an additional heat source. Jupiter and the other large moons subject Europa to a gravitational tug-of-war that stretches and squeezes the satellite in much the same way that Earth's moon raises tides in our oceans.

This generates enormous heat inside the moon, which may keep its ocean (if any) in a liquid state. That and the ocean's suspected location only a few kilometers beneath the smooth, icy surface may make Europa a prime target in the search for extraterrestrial life.