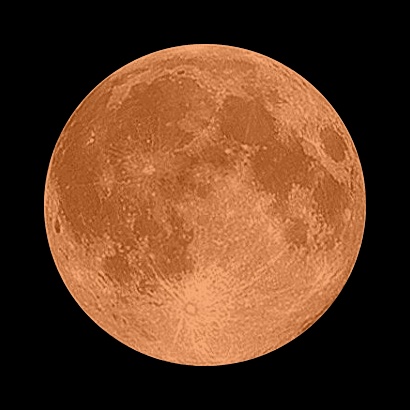 They're really all the same Moon, of course, but long ago people named the full Moons of a year to keep track of time. These fanciful names have been handed down through the generations and they are still a part of modern Moon lore.

The Harvest Moon is no ordinary full moon. It behaves in a special way. Throughout the year the Moon rises, on average, about 50 minutes later each day. But near the autumnal equinox the day-to-day difference in the local time of moonrise is only 30 minutes. The Harvest Moon will rise not long after sunset.

That comes in handy for northern farmers who are working long days to harvest their crops before autumn. The extra dose of lighting afforded by the full Moon closest to the equinox is what gives the Harvest Moon its name.

The Harvest Moon can appear dark yellow or many shades of orange, the moonlight being filtered through sky dust. The low-hanging Harvest Moon sometimes looks very big. This is a trick of the eye known as the "Moon Illusion."