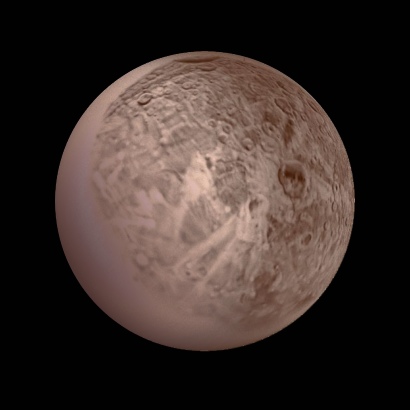 Oberon is a moon of Uranus that is characterized by an old, heavily cratered, and icy surface. The surface shows little evidence of internal activity other than some unknown dark material that apparently covers the floors of many craters.

The above image shows several large impact craters towards the center of the image. On the limb, a high mountain rises 6 kilometers (4 miles) above its surroundings. There are bright rays similar to those seen on Jupiter's moon Callisto.