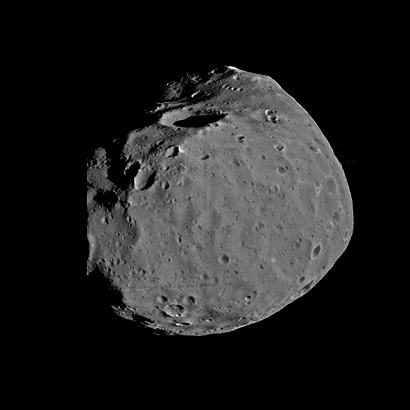 Phobos. Mars Moons. The solar wind is a stream of energized, charged particles, primarily electrons and protons, flowing outward from the Sun, through the solar system at speeds as high as 900 km/s and at a temperature of 1 million degrees (Celsius). It is made of plasma.

The solar wind is caused by the hot solar corona, which is the outermost layer of the solar atmosphere, expanding into space. The corona is the "rim" of the Sun that is visible to the naked eye during a solar eclipse.

The solar wind is what blows the tails of comets back away from the bodies of comets as they go through the solar system.