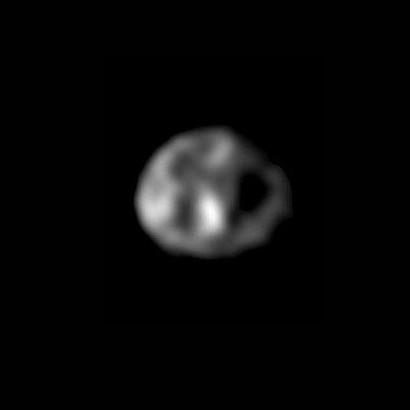 Thebe. Jupiter Moons. Thebe is the fourth known satellite of Jupiter. Thebe was a nymph and the daughter of the river god Asopus. Thebe rotates synchronously around Jupiter.

Thebe, whose longest dimension is approximately 116 kilometers (72 miles) across, is tidally locked so that the same side of the satellite always points towards Jupiter, similar to how the near side of our own Moon always points toward Earth. There appear to be at least three or four very large impact craters on Thebe