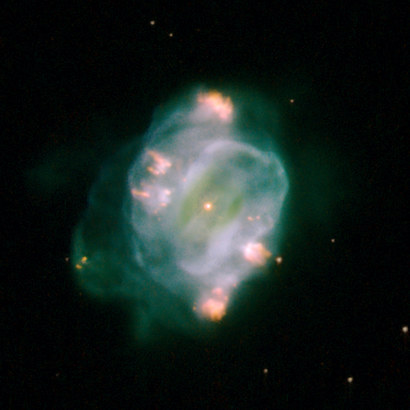 NGC 5307 is a cloud of gas ejected by a dying star in the last stages of life. The colorful, intricate shapes in the NASA Hubble Space Telescope image reveals how the glowing gas ejected by dying Sun-like stars evolves dramatically over time.

These gaseous clouds, called planetary nebulae, are created when stars cast off their outer layers of material into space. This snapshot was taken with Hubble's Wide Field Planetary Camera 2 in February 2007.