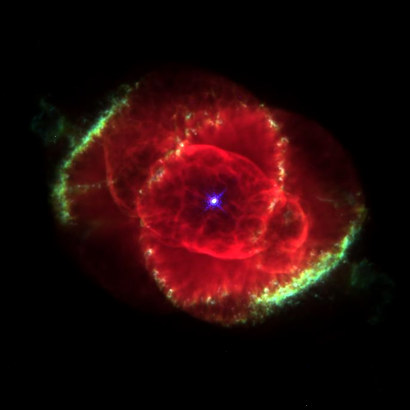 Mysterious stellar fireworks create expanding gas shells and blowtorch-like jets which form a spectacularly intricate and symmetrical structure. The nebula is a fossil record of the late stages of the star's life.

A preliminary interpretation suggests that the object might be a double-star system. The dynamical effects of two stars orbiting one another most easily explains the intricate structures, which are much more complicated than features seen in most planetary nebulae. The two stars are too close together to be individually resolved by Hubble and instead appear as a single point of light at the center of the nebula.