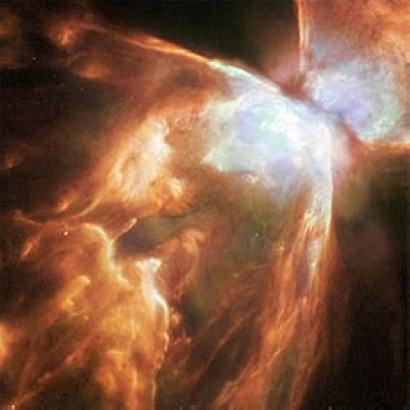 The Bug Nebula NGC 6302 is one of the brightest and most extreme planetary nebulae known. The fiery, dying star at its center is shrouded by a blanket of icy hailstones.

At the heart of the turmoil is one of the hottest stars known. Despite a sizzling temperature of at least 450,000 degrees Fahrenheit, the star itself has never been seen, as it is hidden by the blanket of dust and shines most brightly in the ultraviolet, making it hard to observe. The Bug Nebula lies about 4,000 light-years away in the southern constellation Scorpius.