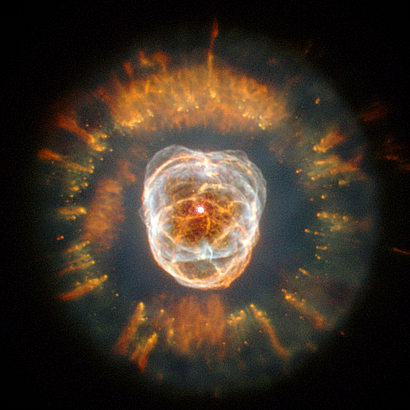 The Eskimo Nebula (NGC 2392) is a planetary nebula whose name matches its description fairly well. Down here on the ground, the Eskimo Nebula looks like someone's head with a parka hood up.

Astromomer William Herschel discovered this nebula in 1787 in our Milky Way galaxy. The Eskimo Nebula spans about 1/3 of a light year. The gas clouds, which the Hubble Space Telescope imaged in 2000, are so complicated, they aren't even fully understood. Also known as the Clownface Nebula.