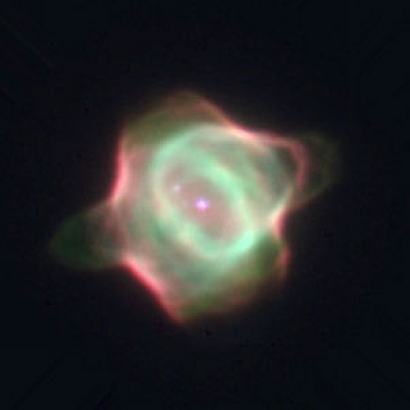 Stingray Nebula, HEN-1357. In 1998 astronomers caught a peek at a rare moment in the final stages of a star's life: a ballooning shroud of gas cast off by a dying star flicking on its stellar light bulb. The Hubble telescope has captured the unveiling of the Stingray Nebula HEN-1357, the youngest known planetary nebula.

Twenty years ago, the nebulous gas entombing the dying star wasn't hot enough to glow. The Stingray Nebula is so named because its shape resembles a stingray fish. Images of a formative planetary nebula can yield new insights into the last gasps of ordinary stars like our Sun.