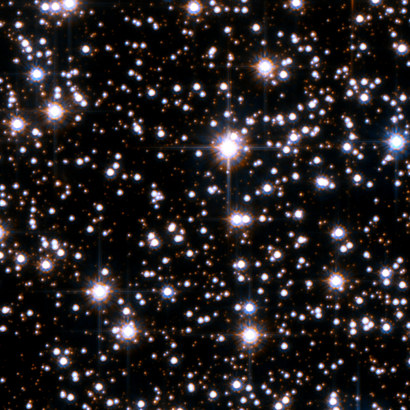 Hubble looked farther than has ever successfully been searched for extrasolar planets. Hubble peered at 180,000 stars in the crowded central bulge of our galaxy 26,000 light-years away or one-quarter the diameter of the Milky Way's spiral disk.