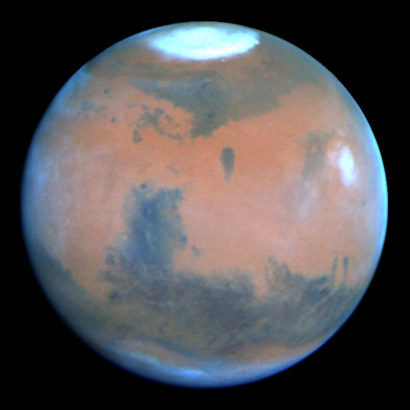 To the surprise of researchers, Hubble is showing that the Martian climate has changed considerably since the unmanned Viking spacecraft visited Mars in the mid-1970s, which was the last time astronomers got a close-up look at weather on the Red Planet for more than just a few months.

Hubble images of fleecy clouds, and spectroscopic detection of an ozone abundance in Mars' atmosphere, all indicate that the planet is cooler, clearer and drier than a couple of decades ago.

The neighboring planets are grand natural laboratories for testing computer models that will lead to a general theory of the behavior of planetary atmospheres. In the case of Mars, being able to predict the weather will be critical prior to human exploration and, perhaps eventually, colonization.