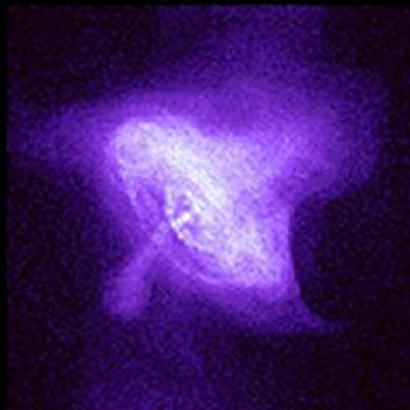 Pulsars are usually rotating neutron stars which emit a pulse of detectable electromagnetic radiation in the form of radio waves. The word pulsar is a contraction of "pulsating star". The radiation intensity varies with a regular period, believed to correspond to the rotation period of the star.

Accretion Pulsars pulse radiation because of the gravitational potential energy of their matter fusing together, and Magnetars are pulsars where the decay of an extremely strong magnetic field powers the radiation.

Pulsars can also exhibit what is called lighthouse effect. This occurs when the light and other radiation from a pulsar are only seen at specific intervals and not all of the time. All three classes of Pulsars are actually neutron stars.