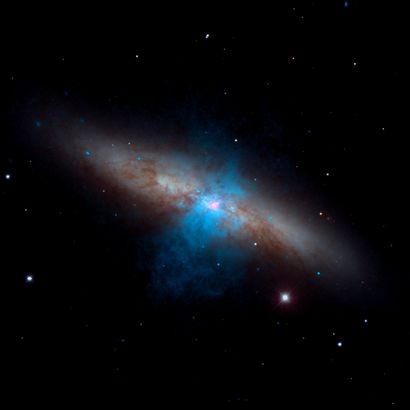 The pulsar M82 X-2 is a pulsating, dead star beaming with the energy of about 10 million suns. This is the brightest pulsar ever recorded. The discovery was made with NASA's Nuclear Spectroscopic Telescope Array, or NuSTAR.

NuSTAR did not initially set out to study the two ULXs in M82. Astronomers had been observing a recent supernova in the galaxy when they serendipitously noticed pulses of bright X-rays coming from the ULX known as M82 X-2. Black holes do not pulse, but pulsars do. M82 X-2 has all the power of a black hole, but with much less mass.