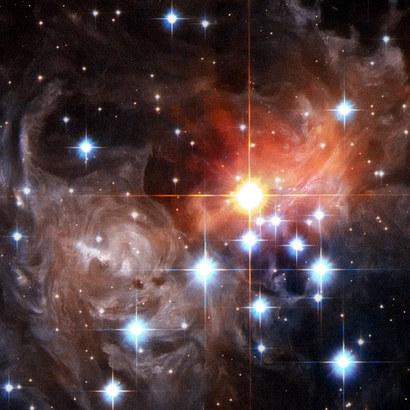 Stargazing provides a wonderful and amazing appreciation for the sheer expanse of our Universe. A clear night reveals an even larger population of stars in the heavens to the naked eye. Telescopes make even more astounding observations possible. The Hubble Space Telescope has now made over one million observations. From pulsars, quasars, novas, supernovas, brown dwarfs, white dwarfs, much has been learned.

Globular clusters sort out stars according to their mass, governed by a gravitational pinball game between stars. Heavier stars slow down and sink to the cluster's core, while lighter stars pick up speed and move across the cluster to its outskirts.

Brown dwarf stars do not accumulate enough mass to generate the high temperatures needed to sustain nuclear fusion at their core, which is the mechanism that makes stars shine. Instead brown dwarfs shine the same way that gas giant planets like Jupiter radiate energy, that is, through gravitational contraction.

The close study of stars becomes even more important in the discovery of extrasolar planets. Hubble's Near Infrared Camera and Multi-Object Spectrometer (NICMOS) has looked at over 200 other stars in coronagraphic mode, where the light of the star is largely blocked out, to search for the feeble glow of planets.