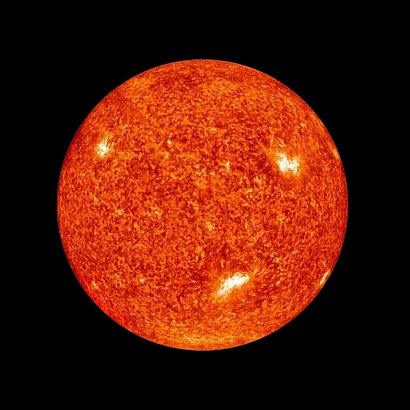 The Sun is about 4.6 billion years old. Each second, more than 4 million tons of matter are converted into energy within the Sun's core, producing solar radiation. In about 5 billion years, the Sun will change from the yellow star it is now into a red giant and then end up as a white dwarf, creating a planetary nebula as this happens.

The Sun is magnetically active. It has a strong magnetic field that varies from year-to-year and reverses direction about every eleven years. The Sun's magnetic field creates sunspots on the surface, solar flares, and variations in the solar wind. This solar activity is what makes auroras appear in the night sky on Earth. Solar activity strongly affects the structure of Earth's outer atmosphere.

The Sun is the nearest star to Earth and has been intensively studied by scientists for a long time. But many questions about the Sun remain unanswered.