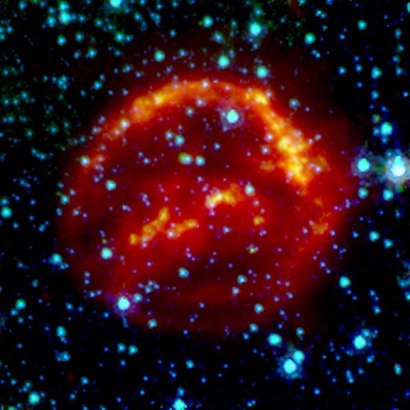 A supernova is one of the most explosive events known in the universe. A supernova happens at the end of a star's lifetime, when its nuclear fuel is exhausted and it is no longer supported by the release of nuclear energy. If the star is particularly massive, then its core will collapse. This will release a huge amount of energy.

This will cause a blast wave that ejects the star's envelope into interstellar space. The result of the collapse may be, in some cases, a rapidly rotating neutron star that can be observed many years later as a radio pulsar.

While many supernovae have been seen in nearby galaxies, they are relatively rare events in our own galaxy. The last to be seen was Kepler's star in 1604.