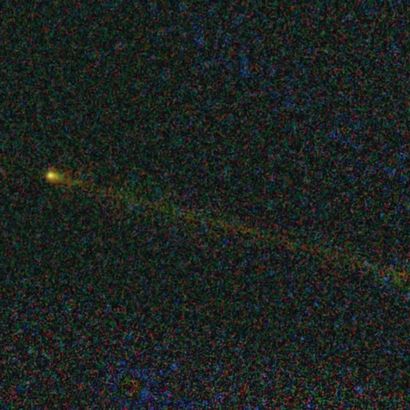 Dust following in the wakes of comets isn't new, but scientists were surprised to see that the pieces seen close up by the EPOXI spacecraft last year survived long enough to give the comet a bumpy trail.