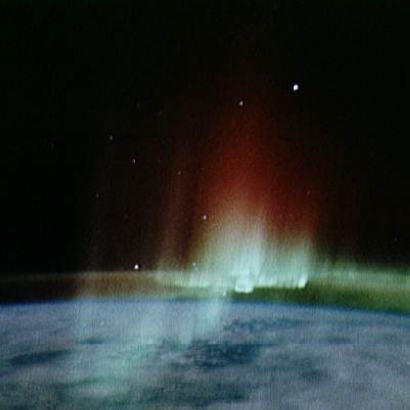 This view of the Aurora Australis, or Southern Lights, which was photographed by an astronaut aboard Space Shuttle Discovery (STS-39) in 1991, shows a spiked band of red and green aurora above the Earth's Limb. Calculated to be at altitudes ranging from 80 - 120 km (approx. 50-80 miles), the auroral light shown is due to the "excitation" of atomic oxygen in the upper atmosphere by charged particles (electrons) streaming down from the magnetosphere above.