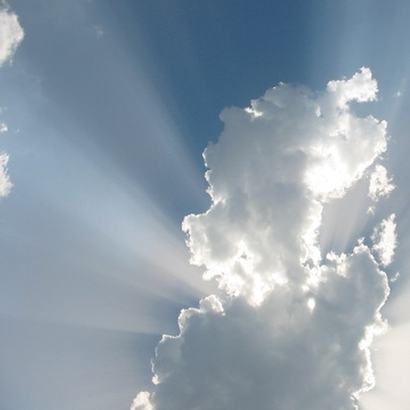 Crepuscular rays appear to beam outward from the sun, like spokes on a wheel, and are formed by haze or dust particles that scatter the sunlight. Mountains or clouds are usually responsible for the shadows that separate the rays. The light rays are actually parallel, but appear to converge to the sun because of perspective, the same effect that makes parallel railroad tracks appear to meet in the distance.

This spectacular example of Crepuscular Rays was taken on July 30 2005 in Kranjska Gora, Slovenia, by Keith Edwards from the University of Dundee in Scotland.