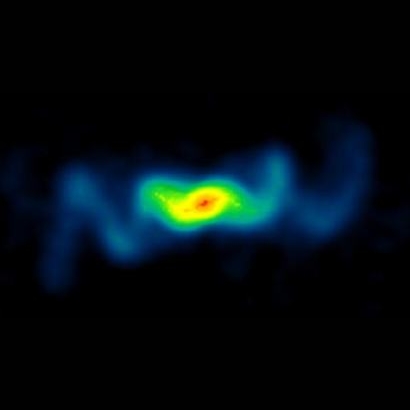 SS 433 is angled in such a way that one jet is shooting away from us while the other is aimed slightly towards us. The black hole's companion star enters the picture here as it periodically eclipses parts of the jets. Scientists use the eclipse, called an occultation, as a tool to block one part of the jet so that they can study other parts more easily.

Using the Chandra High Energy Transmission Grating Spectrometer, the MIT group measured many characteristics of the jets, forming the best view of a jet's structure ever obtained. In a previous observation they measured the jet's density.

Supermassive black holes with jets, such as quasars, might display similar behavior, but they are so massive and so distant that changes cannot be observed because time scales are too long. Thus SS 433 serves as a laboratory to study the jet phenomenon close to home. As such, further Chandra observations are planned.